Linux is a very popular open source operating system which is based upon monolithic kernel type named Linux kernel. It follows packaged management system and is commonly referred to as Linux distribution. It undoubtedly hinges most of the supreme features every super or personal computer is tasked to do. Due to this fact, many IT professionals seek to verify their Linux skills and certification. They mostly lean towards Red Hat Linux as it is a mainstream Linux distribution which allows participants to ramp up their career path.
Red hat enterprise was an American multinational software company which had a key to the commercial allocation for Red Hat Linux. Officially, they were licensed by GNU (General public license) to make modification in its source code, allowing them to a standpoint where they could rigorously evolve Linux into its smarter version named Red Hat Linux. However, the Red Hat Linux met its end when the company discontinued its distribution in 2003. Although, its production did not run dry when Red Hat enterprise used fedora community as a testbed by sponsoring them for regular development of different Linux versions. Thus, the latest version of Linux known to the world up until now is Fedora 28 which was released on May 1st 2018.

Red Hat Linux is a respected OS among IT professionals as it is compatible, secure, reliable, supportive, lightweight and likeable with several features flourished, modified and introduced in its kernel throughout decades. The features of Red Hat Linux including anaconda and kudzu have given it a degree of vitality to serve smart phones to supercomputers. Furthermore, Red Hat Linux is used for many purposes in the IT industry. It is used to brush up hacking skills or establishing secure networks. Similarly, it can host websites, troubleshoot other computers, work with hard drives and partitions, and with a proper set of skills it also proves helpful in automating your home appliances. Also, Red Hat Linux helps you to develop web applications that are appropriate for a stage they will be tested and deployed on, giving developers a stable and reliable platform with benefits to use latest tools and technologies in IT.

When it comes to career scope, Red Hat Linux certification has so many platforms to backup developers, for example, they can emerge as system engineers, system architecture, cloud computing and virtualization administrator. Therefore, the demand of Red Hat Linux developers is so high that they never have to be out of work and can have a secure career in the areas of technology.

Red Hat Linux certification is a benchmark for a higher form of credibility and professionalism in IT industry. As the software is trailed by huge extent of advantages, for instance, Red Hat Linux gives a supportive demeanor while installing programs or combating security bugs. It is a widely used and popular Linux distribution which makes a certificate holder a very capable individual. As a result, career scope and job opportunities after this certification change the quality of a candidate from low key to high-profile. By validating this certification, individuals will acquire the ability to undertake the job roles from application administrator to IT security professional and virtualization administrator. Also, one can develop their career as a software engineer, network engineer, system engineer, Linux system administrator for all the jobs offers high payroll. When a person gets certified by Red Hat, an individual can obtain high value in IT market thanks to the set of skills it provides. The key expertise includes the ability to administer Red Hat Linux enterprise system, troubleshooting, server hardening, high-availability clustering, Red Hat Satellite performance tuning.

Candidates can earn the certification by succeeding in Red Hat Linux examination. The learning curve of Red Hat Linux can be determined by an individual since they can choose between the live classroom and online training as the approach they want to take while learning Red Hat Linux. It also offers them a freedom to take the learning pace according to their priority. Basically, the objective of preparing for examination is supposed to exercise one’s capability to adapt in Redhat environment and help them build a stable system administration. Professionals who are certified as Red Hat Linux developer can have a secure career and job placement according to the level of practice they put into expanding their knowledge.

However, it is not only the abundance of job opportunities that justify the Red Hat Linux certification as a best possible weapon to build one’s career. But also the increasing amount of competition on the battlefield of IT which gives a prominent boost to the confidence and creativity of an individual.  Therefore, Red Hat Linux certification is a perfect choice for those who seek to transform into IT professionals. 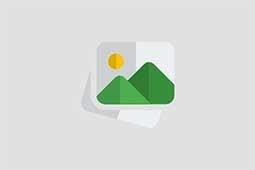