Ruby on Rails Training in Nepal

Benefits of Ruby on Rails Training

In simple words, being the skill that is most essential for web-application developer and which is highly beneficial for a programmer to create the application faster that other framework is one of the main reason Ruby on rails training courses are being popular day by day in the programming industry. To create web-application in a shorter time span high level of programming knowledge is required which is provided by this training. So here are some reasons why you should take Ruby on rails training:

Broadway offers the best Ruby on rails training in Nepal which makes the individual excel in developing the web-application and using the framework and assist in developing the applications ten times faster than other java framework.  Therefore, save yourself a seat to attend our upcoming training session on Ruby on Rails and groom your web development skills.

Benefits of Ruby on rails training at Broadway Infosys Nepal

To all the candidates attending Ruby on rails Training at Broadway, we provide the following benefits and value added services:

Pre-requisites for Ruby on Rails Training

Before joining Ruby on Rails training, the student must have basic knowledge of web-application development and its various frameworks as it is desired by the course. If knowledge of programming language and familiarity of sequential flow of logic is with the trainee then it is a plus point for the trainee. It will help the trainee understand the overall training session adequately.

Get Enrolled Now
Or

Note: Please mention if you would like to take online classes

The field of information technology is vast and complex, so we have to choose institute that help us to cope with complexity. Broadway Infosys Nepal's strategy involves delivering a broad and d ... Read More 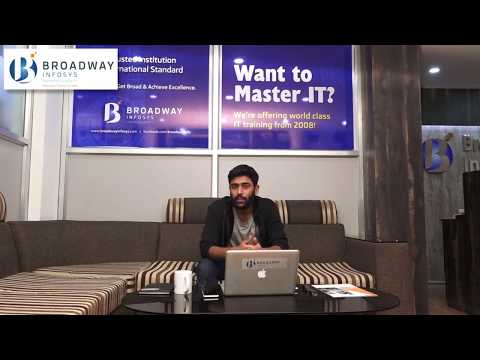